The internet is changing the way we do things...

I gave up Disney Channel when Comcast came to finally block it after three-and-a-half years of neglect just before Christmas 2006. This was a hard choice to make since the Best Show Ever Made (yes, that would be Kim Possible...) was about to start its long-awaited fourth season.

Well, this morning (1:00am) when I locked my computer and was heading up for some sleep ... I had the feeling to go check iTunes and see if they'd put any of the four new episodes from the season kickoff up for download yet.

So I came back to my computer, fired up iTunes, browsed to KP and lo-and-behold... for less than one month of Comcast, iTunes offered me the option to purchase a "Season Pass" for Season 4 of Kim Possible.

As I type, I'm downloading all five of the already aired episodes and as new ones are released, they'll be automatically downloaded to my machine... the only thing better would be for Disney to start releasing the DVD boxed sets we've been begging for years to have.

If you're interested, and you know you are... make sure you've watched "So the Drama" and then go hook yourself up with the Season Pass at the Kim Possible page on iTunes. Enjoy!!! I know I will!

Gwen went to her first doctor appointment today since finding out we're pregnant.

This of course is to make it "official" since, while rare, the home tests can sometimes be inaccurate. Well, we not only found out we are for-sure pregnant; but we found out we've doubled our order! So my former post is now incorrectly titled... it should now read "And then there were five..." Here's to a full mini-van... :)

Needless to say, we're way excited and way nervous! Luckily we have a lot of family and friends who have been blessed with twins before us; so we'll be looking for advice from them all!

We thank our Heavenly Father for this wonderful blessing and new adventure in our family and hope that we'll be up to the challenge.

We've been looking for a new home, knowing that with the new addition we'd need more room than we currently have. My eye has been drawn to somewhat large homes... and now I know why! :) The house hunt is a different story and I'll blog about that soon.
Posted by That One Guy at 2/22/2007 10:48:00 PM 1 comment:

Why TrackMania Will Never Get Old 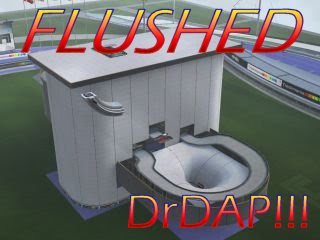 Kim Possible - Still the Best Show EVER Made

When I first heard about Kim Possible coming back for a fourth season after being shutdown at the end of the third, I was skeptical.

Disney has had a really bad habit with their movies of getting really killer voice talent for the first movie; then releasing a sequel where none of the famous voice talent returns - and it usually makes for a horrible show, even in the rare times the sequel's story is good.

But after fans blasted Disney with the help of the Save Disney Shows website, they announced that Kim Possible would be returning for a fourth season.

While I was ecstatic to get more shows, I was worried that now that the team was on to other projects, their heart wouldn't be into it like it was with the first three seasons and that they wouldn't be able to get the ultra-cool voice talents back for this new season.

I'm so very happy to say I was wrong on both counts. I found out early on that the voice talents were returning and it appears the same writers/producers are back as well.

To celebrate the start of Season Four - Disney Channel aired four new episodes on 10 February - and they all ROCKED! The crew is having as much or more fun with this new season than they did with the first three. There were several dialogue references to past episodes, Wade came out of his room again and found himself crushing on Monique, Ashley Tisdale (from Disney Channels' smash hit "High School Musical and the Suite Life of Zack & Cody) makes a cameo as a superstar villain and we got to see the returns of several other classic villains: (Dr. Dementor, Shego, the Senor Seniors and cameos by Doctor Drakken and Frugal Lucre (who called it?!) who happen to be prison cell-mates.) Kim finds herself with a new souped-up car that her twin little bros, the Tweebs will be enhancing throughout the season.

Next Saturday promises another new episode with Motor Ed - should be a lot of fun.

So, many thanks and kudos to the folks at Disney Channel for bringing us another season of fun with Ron, Kim, Wade and Rufus! And hopefully the Save Disney Shows crew will help bring about the DVD boxed sets and a theatrical release as well.
Posted by That One Guy at 2/12/2007 12:58:00 AM No comments:

My Friday Night Gaming crew held our annual Turkey Bowl for 2006 a little later than normal (had to postpone twice from the original scheduled date in 2006.)

It was a fun time despite only having three of the seven committed riders there. Hopefully we'll be able to do a rematch later; especially on the Accelerate track.

The Accelerate track is a figure eight that goes very fast and has a high probability of collision with a bunch of players riding at the same time. There were a couple other tracks with a lot of crossover points as well.

"Bail Jumper" has some high-flying fun to it and despite its horrible spline (the method used for determining the track's boundaries so people stay on the track and don't take cuts...) was deemed the FNG favorite new track for this year's bowl.

We definitely had better luck with connectivity this year... which is good considering the first bowls had many people failing to connect or dropping out of the game prematurely due to connection issues and game crashes. Maybe having the Turkey Bowl on a weekend other than Thanksgiving weekend is a good idea. :) We'll have to rename it.

I was snooping around Disney Channel last night getting the schedule of the new Kim Possible episodes for my buddy Chris; when I tripped on the Season Re-opener episode posted on their site to stream down!!!

It rocked so hard!!! It is a perfect way to bring back the series. I enjoyed it so much I watched it twice.

To get to it... click the following:
Disney XD Beta
Once it's loaded... a TV screen will appear with a sidebar on the right that has three arrows pointing right. Click it to expand the play list. Click on the episode entitled "Ill-Suited." Enjoy!

Be warned, a lot of fans have learned of its existence so there servers are pretty slammed during peak times. If it doesn't stream well for you, wait for a less-traffic time... or tune in Saturday night for 4 new episodes! 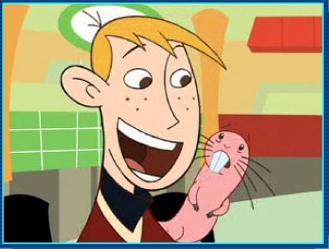 This was one of the most fun and exciting races we've had on this track in FNG history. Despite several stupid mistakes resulting in big wrecks, I still almost took Tsam ... until my last fatal mistake near the end of the third lap.

The spring-loaded jump through the finish is phenomenal ... the best one I've ever pulled on that part of the track.