And thus, after the biggest marathon event in cable history... we shed a tear at the closing of the greatest animated series ever to grace the television... Kim Possible. 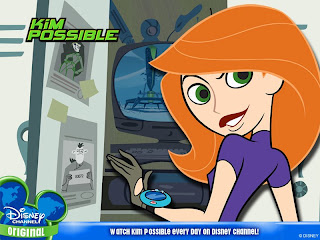 Getting past my immense anger at not being able to participate in said marathon (Disney you'd BETTER be releasing DVD box sets like NOW!!!!) and missing the finale at initial air-time... props goes to iTunes peeps for making it available to me shortly after midnight, so the torture only lasted a few short hours...

What a great end to a fantastic series. Nearly every character that ever made an appearance in the series was present in this hour-long final episode (actually, come to think of it, I don't recall seeing Motor Ed, but I digress.) Talk about taking a fantastic nostalgic trip down memory lane while enjoying the action packed goodness that was my final new episode of Kim Possible. (Disney, that super-secret KP project Steve Loter talked about on his blog BETTER be a theatrical release!!!) 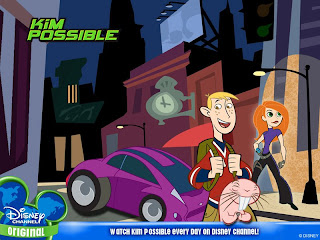 This show was nothing short of art... Fan-freaking-tastic creative genius. Never met an episode I didn't like... and this one was no exception; and a very interesting way of involving the arch-enemies in this one. Very cool indeed.

And Ron, wow... talk about opening up a can of... well, you'll just have to go see it for yourself. He does try to have a "heart-to-heart" chat with Shego during the episode; that's pretty funny too. Stay tuned to the credits at the end, as they showcase many of the villains that appeared in the series too; like Adrenna Lynne, who I hoped they would've brought back for a revenge episode, but that never happened. And the over-the-top Professor Dementor, one of my favorites was there too... too bad he wasn't worked into this final episode. (He was in the 2nd to the last and it was a sweet one, so I'm alright.)

I'm terribly sad that I have no more future episodes to look forward to; but what a great collection of the "Four Seasons" to keep me company for years to come... Like Motocross Madness 2 and TrackMania, I'll never tire of this one.

Thank you Mark McCorkle, Bob Schooley, Steve Loter, Christy Carlson Romano, Will Friedle and so many others that devoted their time and talents to bringing me (and so many other incredible fans) a one-of-a-kind treasure we'll all cherish forever. I've got one word that I think will sum it up for all of us... 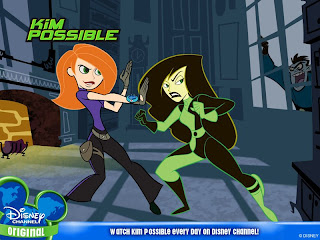 Farewell Kim Possible... You know you are all that... the BEST SHOW EVER MADE... EVER!!!

Now if my "tweebs" would just deliver we can move on to the next adventure... Stay tuned, we're having them next week regardless of if the process has to be "helped." :)

Well we can also hope for "Kim Possible: The College Years" (or such)

They ventured to Nickelodeon to make a new series; so I'm doubting there will ever be new Kim Possible stuff on Disney Channel. :( If they did try something without the original creators or original voice acting, I'm betting on major tankage; so I'm ok with it being left on the good note it left on, as long as Disney will give us some DVD boxed sets!!!

I continue to bug them about it on a quarterly basis or so. I recommend you join that effort to, please and thank you! :)