I'm really excited about a new puzzle game in the works by Valve Software called Portal.

I found out today from my friend Rich that the game is based on an earlier game made by Nuclear Monkey Software called Narbacular Drop. 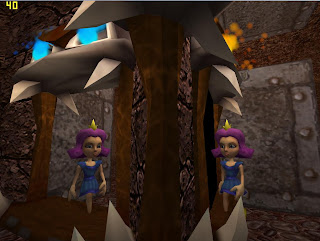 The game is incredible and so much fun. Download it, get addicted, then curse the fact that Portal won't be released until late September of this year (or later if the deadline gets moved back.)

The good news... The nice folks at Nuclear Monkey Software have given us a level editor, and their site contains links to a bunch of already created ones for your enjoyment to help tide over until Portal is released.

I highly recommend this and thank those that have put a lot of hard work, heart and soul into such a simple yet incredibly complex game.

Check out the Portal Trailer: