In Honor of Our Beloved Prophet, President Gordon B. Hinckley 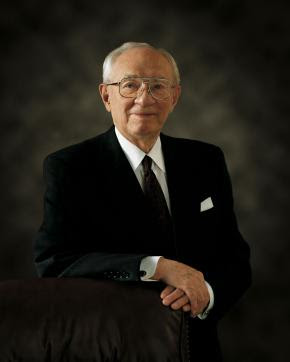 For those who don't already know, God's most recent Prophet, Gordon B. Hinckley, President of the Church of Jesus Christ of Latter-day Saints, passed away Sunday evening around 7:00pm Mountain Time.

I know there are thousands of tributes to this great man in many forms out there; and I would be entirely ungrateful to not post one of my own.

This great man has been an inspiration in my life for as long as I can remember; even before he became the Prophet. I could always relate to President Hinckley when he would address the Church in whatever capacity he served in.

I think part of it had to do with his quick wit and fun sense of humor. He was always good for a one-liner at the most opportune of times. He always made us feel good about ourselves, even when he needed to call us to repentance. :)

There was one experience I'll never forget; one that affirmed to me of his divine calling as the Lord's chosen mouthpiece. I had prayed about President Hinckley when he was called to be Prophet and knew from the promptings of the Holy Spirit that he is a Prophet of God. I'd also had subsequent re-affirmations that this was true when I'd hear him speak and felt the same feelings.

Every three years there is a Region Conference where several Wards/Stakes are invited to attend and this particular one was held in Downtown Salt Lake City; in the beautiful LDS Conference Center.

We obtained tickets to the Conference and had seating near the back row of the Conference Center. We arrived around an hour early to make sure we were ready to go when the conference began. While we waited for it to start, we chatted about various things.

My wife and I wondered if maybe President Hinckley would appear at our Regional Conference; but that seemed silly to me as there are tons of these for many different regions held every year; I was sure the Prophet didn't make it to all of them in-person. He wasn't scheduled to be at this one; but, of course, we thought that would be really cool.

About 15 minutes later, I felt the Spirit extremely strong and wondered if he really was there. The next thing I knew, a reverent hush fell over the entire Conference Center and slowly, the crowd started to rise to their feet. Several seconds later, President Hinckley stepped in a side door near the front of the Conference Center auditorium.

I don't mean to be irreverent here, but I can't think of any other way to describe it. It was as if someone had hooked the feelings the Holy Spirit brings up to a Gigawatt amplifier and blared it throughout the entire Conference Center. I knew I was truly in the presence of a man of God.

He took the liberty of addressing us in that conference, and to be honest, I don't recall what was said that day; but the feeling will always be remembered every time I remember that experience.

I hope to be half-the-man President Hinckley was. In his late 90's, he exhibited more energy than I have; travelling the world and spreading the love and message of the resurrected Savior of the World to all that had the blessed opportunity of interacting with him.

He feared no man, stood steadfast and true to the principles he taught and lived; yet was gentle, down-to-earth and made all who interacted with him feel welcome and at-ease.

So I pay my tribute to you President Hinckley, legendary servant of God and the legacy you leave behind. Thanks for being such an inspiration to me; I will miss you greatly, and am happy you get to be reunited with your sweet wife, other family members, past Prophets and most importantly, our Heavenly Father and His only begotten son, Jesus Christ.

My Children Are Picture Purrfect... 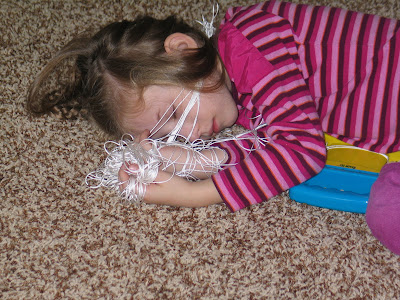 ... at least, Mandi is. We had our friends Mike and Jessica over for dinner and before they left (around the kids' bedtime...) Jessica discovered Mandi nearly zonked out at the top of the stairs to the office, wrapped up in kite string. She's our little Mandi-kitten. 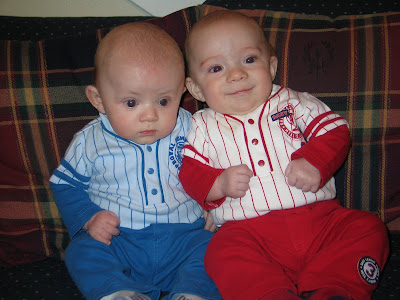 I almost caught Ryan and Andrew smiling together, but coupling our camera's shutter-stutter and their quick grins, it's nearly impossible to catch them both at the same time. One day... :)
(Can you tell which is which?) 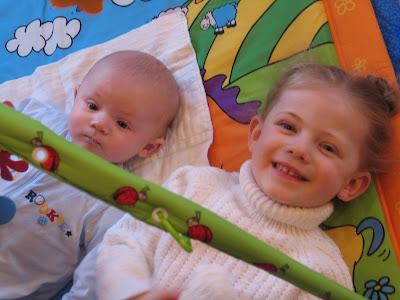 Here is Kimmie playing with Ryan. I can't believe how big and grown-up my baby girl looks compared to my baby boy. 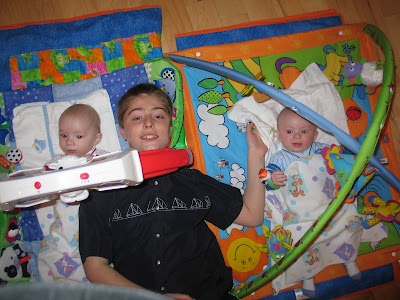 The World of TrackMania Just Keeps Getting Better and Better!

Nations lovers will be happy to know that the Forever upgrade will still be free; though the ladder will be reset (which has been needed for a long time anyway.) Nations players will also look forward to getting the updated Stadium engine enjoyed in TrackMania United.

United lovers will enjoy some enhancements as well; one of the majors being a truly No-CD system without the 3-install crap we had to deal with through the online distribution apparatus so many of us have come to know and not love. Steam resolved this for players in the USA thankfully, as well as provided an inexpensive license to the game.

United lovers will also be happy to note that the TrackMania United: Forever (TMU-F) upgrade will also be free.

Nadeo also mentioned they had originally planned two new environments called "Toy" and "Moon"; and holy crap how fun would those be?! My mind starts racing when I think of what kind of tracks those would bring.

Sadly, they need to use the talent that would've been putting those together in other arenas for now and there is no scheduled plans of making these come to fruition. We'll just have to keep begging for them to still be born in a future release; I'd so love to see them!

United lovers that enjoy Stunts mode will enjoy knowing that there will be a Single-Player Stunt campaign (and hopefully an easier way to launch Stunt tracks in multiplayer when starting a server from in-game; as opposed to a dedicated server.)

There is a buttload of information on the upcoming changes in the interview, so I'll leave you to go research on your own. I'm stoked for the new releases and will continue to enjoy TrackMania in all forms until then.

It's 4th of July time at the Aperture Science Enrichment Center! (Note: No Weighted Companion Cubes were harmed during the making of this film...)

BTW, this film brought to you by the ultra-cool custom level for Portal called "Weighted Companion Cube Map" by MrCow (hosted by myApertureLabs.com)

The map contains some anti-gravity beams that are part of the puzzles of the level - it's really quite cool. Download it and enjoy - I highly recommend it! 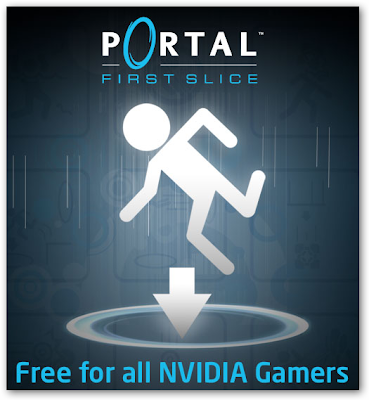 I can't believe this is my first post about Portal since the game's release... probably because what little free time I finally get in the middle of the night is spent playing it. :)

Portal is a unique game where you run an android through a test center course armed with only a gun that shoots blue and orange portals. When you enter one portal, you're ejected out the other; and you must use these to navigate your way through interesting puzzles in order to advance to the next level.

Portal is based on a fabulous free game created by Nuclear Monkey Software called "Narbacular Drop" which I raved about last March.

For those that own nVidia graphics cards, Steam will detect your card when you click the image above and confirm you have nVidia, then allow you to download FOR FREE: Portal: First Slice demo, Half-Life 2: DeathMatch, Peggle Extreme and Half-Life 2: Lost Coast. Pretty generous (and good bait to get you sucked into buying Half-Life 2 as well...) :) Smart move, Valve.

The full Portal game (only $19.95 on Steam or comes with the various versions of The Orange Box that Valve sells...) comes complete with the Source SDK which means custom levels can be made.

I found some cool sites for obtaining custom Portal maps, but the best one I've seen so far is myApertureLabs.com

The game is highly addicting and has gained quite the following. People everywhere are chanting "The cake is a lie..." and mimicking cool female computer voices that remind you that the companion cube cannot speak; but if it does, the Enrichment Center urges you to disregard its advice.

Give it a shot, then buy it, play through it, and hit up myAperatureLabs for more Portal goodness.

And remember: "There's no use crying over every mistake; you just keep on trying til you run out of cake... and the science gets done and you make a neat gun for the people who are still alive."

EDIT: It looks like Portal: First Slice is the first 10 levels of the real game. You don't get to play with the Orange Portals, but you get enough of a taste for how the game works to want to play through the rest of the fully enjoyable levels. I highly recommend purchasing the game as it unlocks 9 more levels (the last being quite a bit longer than the rest) as well as challenge versions of the original levels, and the ability to import custom maps made by other players. Start thinking with Portals!
Posted by That One Guy at 1/11/2008 01:46:00 AM 4 comments: