TrackMania United - FNG Will Play Before the USA Release

Alright I admit it. I am an ABSOLUTE TrackMania JUNKIE. I learned today that the game I'm so eagerly anticipating... "TrackMania United" is to be released this year only (on November 17th!!!) in France, Australia, Canada, Belgium and Switzerland (French parts). For all other territories, it will be released in February/March 2007.

I also learned that they aren't leaving their TrackManiacs outside of these areas high and dry. They are offering 10,000 copies to be purchased online and pre-downloaded for the first addicts that get to them.

I'm proud to say that I'm downloading mine as we speak. I'm hoping that more of the Friday Night Gamers will score copies as well, so we don't all have to wait til next year to play. 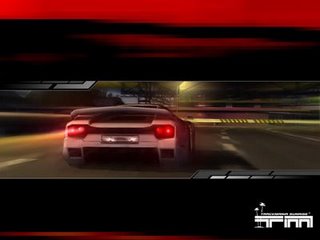 Check out the Trailer and you'll get glimpse (that doesn't quite do it justice) of the festival of fun that is the world of TrackMania. In TrackMania United, we get the best of all TrackMania worlds combined... all pieces of all track styles are available in one game. If you thought the tracks were insanely cool and creative in the previous TrackMania games, wait until you see what gets brewed when desert and snow are mixed in one, and more!

It's a good thing I have the TrackMania Nations tournament to keep my mind occupied until I get my key for United... hehe... and if I lose in the tournament quickly; I'll have something to help me get over it quickly. *Cackle!*

No, it doesnt work like that you cant combine pieces from different environments. you can only use pieces from the one you select. They arent even the same scale so that would be impossible. Sorry.

Yeah, I unfortunately found that out from the TM Forums... It was a fun idea anyway... and it doesn't detract from the fun factor of the game.

I'm still a junkie and will be for years to come; along with my Motocross Madness games.